We’ve all had a boss that was the worst. We’ve heard horrible boss stories that make us cringe just thinking about them. We’ve also had some bosses that make us feel like we could run through a brick wall – even though they’d never ask us to do that. So what is the difference between a manager (not a great boss) versus a leader (great boss)? Here are five major differences between a leader and a manager.

Managers are focused on tasks, leaders think about the future

There is a saying that goes, “sometimes you’re so far in the forest you can’t see the trees.” A manager is focused on the tasks assigned to them and their team. A leader, on the other hand, is focused on where the future is taking them. That doesn’t mean that tasks are neglected for planning for the future, it means that the team (and manager) sees a reason why these tasks are beneficial for now and the future.

Leaders have a plan of where they want to take their team. Many of these great leaders work on refining their strategic leadership skills so they can help their team see the big picture and contribute at their maximum value.

Managers are parasitic, leaders are mutualistic

That’s a pretty harsh way to say it. But it’s true.

Think about it. A manager is focused on what you can give them and how they can get the most out of your skills. A leader wants to get the most out of you, but give you opportunities to grow as well. Leaders understand that investing resources into their employees may make them more valuable for potential suitors, but for them to succeed they need you to be your absolute best.

Leaders have an ability to explain their vision to the team, and make people believe that it’s not only possible but a reality. Inspiring leaders make the people around them want to be better, do more, and become the best that they can. They are pushed to new limits and are willing to do it because of their trust in their leader.

Managers do things right, leaders do the right thing

For managers there are the rules, but for leaders there are “the rules”. Sometimes, you have to break a few in the process. One of your team member’s husband is dying, but they’ve used all of their PTO already. Do you make them come in because they’re all out of PTO, or find a way to make it work?

Sometimes, it’s better to show empathy rather than obedience to the rules. While every case is different and requires a different outcome. A leader is willing to sacrifice a little to help his team out.

When it comes down to credit for a job well done does your boss deflect and redirect to the team? Or, does he take the credit for himself and just relay the message to you?

What about when something goes wrong? Does he point fingers on who messed up, or does he take the brunt of it?

Leaders know that sharing recognition and diffusing blame are two of the best ways to keep the morale of the team high. 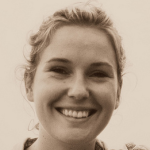 Annabelle Smyth is a freelance writer who covers everything from HR to technology and leadership skills. She most recently worked with BambooHR. She enjoys learning more about how to make leaders & businesses successful.