It is not good news for Airbnb to know that Wimdu is merging with its own rival internet based accommodation booking company 9flats to become stronger against Airbnb. Airbnb has shown tremendous rise in the countries of Europe and now the merge has lead to millions of properties in rental marketplace to come under 9flats and has become a strong rival and competition to the Airbnb Company. The merger would lead to many improved customer relationship care and improved system would be reflected. There is an increase in sales expected in the year end by improvement in operations. No financial terms have been disclosed, but 9flats’ current CEO, Roman Bach, will lead the joint entity. He says in a statement: “I’m excited about joining forces with Wimdu to create one of the largest businesses within the online accommodation industry. The combined company will enable us to create an even stronger value proposition for our guests and hosts, while simultaneously accelerating growth and improving long -term profitability.” Something in common with the companies is that they both have been founded in Germany five years ago – Wimdu and 9flats.

Wimdu is said to have 300,000 apartments throughout the world where as 9flats has about 250,000 which when combined together will cross 500,000 and become a tough competitor for the rival Airbnb. German media previously reported that Wimdu is seeking for a buyer after the fall at 2011 where the company lost about $90M meanwhile Airbnb showed a profit about $3.38 billion on the same period.

Along with battling with the rival Airbnb the companies has to adjust to the drastic change in regulations that keeps changing every then and there and most of which goes non favor to the companies. For instance in 2014 change in housing law was brought in Berlin where short term tourist’s rentals of apartment were banned. This has brought down 9flats market in the country and they were forced to shift their headquarters from Germany to Singapore. They have planned to head quartered their new combined company also there in Singapore itself.

Like ways in Europe, the Catalonia government has also brought down the rentals in cities like Barcelona under the revised rentals and raised fines for illegal rentals. Similarly Uk government which was previously supporting sharing platforms by offering tax reduction for users, has now revised the regulations which are not in favor of the sharing technology users which in turn brings down the market for giants like 9flats. All these regulations throughout the European countries has caused too many troubles to the growing online sharing accommodation platform companies like Airbnb, 9flats, wimdu, etc., So combining together and offering services would be a wise decision as there can be wide options for the customers in large scale making the customers prefer this service than the rivalries.

However Spiegel Online reports have written that there have been many job cuts in the company Wimdu after few months it has been acquired the company 9flats and causing headaches to the employees who are working existing also by giving them an in secured feeling. Albeit, in its official PR, Wimdu couches the deal as a ‘merger’, claiming its restructuring measures in recent months have boosted its financial position and noting for example that costs per booking “were almost halved”. It adds it’s “already writing black figures”.

But the company states that the jobs and locations are intact as of now and post merger there wouldn’t be much need for additional job cuts in European countries especially in German-based business side. They add that they don’t have an immediate plan regarding it , at least. They also claim that there will be further investments in strategically important markets and henceforth increasing both customer satisfaction and adding to the properties. Wimdu confirmed the combined entity will continue to operate both brands in parallel — with 9flats manager Giacomo Ialenti taking over the CEO role there.

Reason behind the merger

Despite the large amount of funding Wimdu received in 2011, it was never able to scale its operation on a global basis and stand up against Airbnb. The variety of laws restricting the ability of Europeans to list their homes on a room sharing platform was another serious issue that owes to the company’s demise. However both Wimdu and 9flats, two room sharing platforms were founded in Europe in 2011, Wimdu couldn’t compete against its strong rivalry Airbnb on its own.  So they have come forward to join hands and rise against as the company and give them a tough competition. As first reported by Wiwo, both brands will continue to operate and be run by 9flats CEO Roman Bach. Wimdu has received $90 million in funding, from Rocket Internet and AB Kinnevik, while 9flats has received around $10 million from a variety of investors.

Upon its launch, Wimdu was believed to be a potential serious competitor to Airbnb’s European growth aspirations, seeing tremendous growth in the year after its launch. In fact, it was one of the most heavily-funded travel startups in the world at the time. The company has recently struggled and laid off 60 workers earlier this year, according to reports. 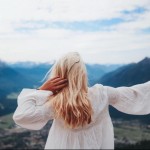