Recently Apple fans had a fete of 10 year anniversary ever since original iPhone unveiled back on the remarkable day of January 9, 2007. But the spirit of celebration escalated even more when the relinquishment of iOS 10.3 beta 1 came into the picture. Although it is considered on the tentative grounds to be the pre-release version of the company’s upcoming iOS release but it is although the most heated and anticipated software release from Apple in 2017.

Last year it has already surprised its users by upgrading Apple Store App for iOS to 4.1. This has enriched its support with its privileged notifications and expanded the functionality of the Apple App store even on the Apple Watch.

It has released its preliminary iOS 10.3 for the developers in order to test on iPhone, iPad and even iPod touch. Back in December it was rumoured to be included with a new Theatre Mode Toggle which would be accessible in part through control Centre.

Last year almost close to this time Apple has released feature-packed software beta with iOS 9.3. Although it was introduced on January 11, but officially it made its debut on March 21. So the latest release date can be derived by looking at the timeline of the previous release.

While digging into iOS 10.3, we found the following details:

The intensity of astonishment has reached to the level when Apple released iOS 10.3 for developers and has further deepened with a feature of Find My AirPods that enables the user to locate easily their missing cords-free Apple earbuds.

It lives inside the Apple’s Find my iPhone app, which enables the users to turn up their missing iOS devices by using Map via iCloud and independent operating of iOS app. But it relies on the Bluetooth connectivity, hence it will be capable enough to locate the AirPods if they are within the range of other Apple devices. So, in case one if the earbuds are out of sight, then obviously you have to walk in the range to strike on the map. With Bluetooth, it generates the potentiality of 5-10 metres.

Recently, Apple has rolled up iOS 10.3 beta which seems as if it consists of the app specifically for the Indian users. Via Siri, users are accessed with Cricket sports score and statistics from IPL and ICC.

As per Apple, users can ask a number of question centering Cricket for instance, ranking of a particular team in 2016 IPL or when a particular team will play its next match. Users can even ask Siri to show stats of a particular player or a team. Fundamentally, Siri is expected to answer with all the trialvilities around users and bring some additional fun for the iPhone users.

In order to safeguard the data integrity, it is designed for the betterment of solid-state storage and encryption and is expected to replace the HFS+ file sytem. With the version of 10.3 latest iPhone and iPad is considered to be the first device to be using Apple’s new File system. This is expected to be magnificent for top iOS app development companies which are predicted to be accessed with beta even for Mac.

Although iOS 10 brought a few subtle although mechanical changes, but few of its modifications are must-used iPhone software features which will be quite easy to spot. One of them are New Control Centre which has been furnished not only with cosmetic upgradation but also added abilities as well.

The centre is no longer a single card packed with all the expected features that users are quite habituated to see with like calculator, flashlight and even timer. But now it has come up with the sliding collection bifurcated into three panel.

Those who are fortunate to have an entertainment system that is being supported by Apple’s CarPlay will now leverage by app shortcut. These shortcuts will enable to use app that is used recently when the user in another app without any requirement to jump back to Home screen.

With all benefits, top iOS app development companies will efficiently take the leverage of iOS 10.3 beta 1 and hopefully it will make the platform more robust. 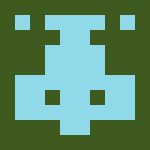 Jagriti Chakraborty is optimistic, determined girl with Economics background, loves to browse internet especially food websites from all over the world, passionate about writing.

Ivandrea Ollero is a daytime writer for Barwick Boitano Lawyers Parramatta (https://bblawyers.com.au/), a law firm that provides legal services and achieving fantastic results for local clients in Sydney and Western Sydney. Ivandrea also researches and writes custom content about home improvements, travel, fashion, and beauty. She graduated from St. Scholastica's College, Manila, with a Bachelor's Degree in Broadcast Journalism in 2016.