Mankind has known several discoveries, that without, life as we currently like it wouldn’t exist. For example, with the discovery of fire, came the first barbeque. The discovery of electricity brought about the first light bulb. And the discovery of the wheel has kept us moving for thousands of years. Since the founding of the wheel, we have adapted it to propel us everywhere and anywhere we want to go. From wagons and carts to trains and automobiles, this little round invention holds a special place in our hearts, which is probably why there are a multitude of games that simulate our fondness for transport. On a roll and adapted for the iPhone, comes Trainz Driver Mobile Game, known affectionately as simply Trainz. Check out our review of this popular train game.

Trainz is a simulation game about…… you guessed it, TRAINS! Your mission, just like any good conductor’s is to make it safely down the tracks with your passengers and cargo, no easy feat. This game uses incredibly real-time physics; meaning that starting and stopping is a painfully slow and deliberate effort on your part as the engineer, so prepare yourself to be challenged. Also, you should beware of missing bridges or you may wind up at the bottom of a ravine in a terrible and fiery explosion.

The controls for Trainz have been smartly done. There is one set of controls for the beginner and one for the advanced conductor. The beginner controls have a slide bar on the left side of the screen; slide the bar up to get started and gain speed, slide the bar down to slow down and eventually stop. The advanced controls, or true simulation controls, mimic the inside of a train and all the levers that a real engineer could want at his fingertips. The advanced controls are very tricky and we urge you to definitely check out the tutorial in order to master these.

Graphics are a little lacking, but they didn’t develop the game as if this were an issue at all. You have an amazing control of the camera that lets you pan around the bland scenery. You can also switch to other views as well. One view allows you to look out over the engine and down the track like a true conductor and another will totally take you away from the action by giving you an overhead map view of your train headed down the tracks. Yet even with all the  different views to choose from, the graphics are just not up to par with other games on the market.

If you are looking for a great train simulation game and you are more concerned with the physics and mechanics of the game than the visual aspects, then Trainz Driver is definitely for you. It is also interesting to note that this game costs $2.99 for your iPhone and that additional tracks and missions compound that cost. Keep those trains chugging smoothly down the track with Trainz Driver Mobile Game for you iDevice. Choo-Choo!

The review has been contributed by editor of Train Arcade, online trains gaming portal. 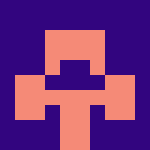 Alexander is a self employed software engineer specialized in simulators and embedded systems. Also he is an avid gamer and he occasionally do game reviews.