What is the biggest debate between car lovers these days?

To go hybrid or electric?

As someone who has an interest in both and who has driven both, I made a complete table differentiating between the two.

But before we get to that, let’s learn about each car in greater detail.

Hybrid and electric cars were made to overcome the carbon emission challenge. Porsche first introduced hybrid cars as they used a system called Lohner-Porsche Mixte. It used a gasoline engine to that supplied power to an electric motor which drove the front wheels of the car.

The reason for manufacturing hybrid cars was simple. Come up with better solutions to avoid carbon footprint. In 1997, hybrid cars started coming to the market, and Toyota was the first company to launch Prius as a complete hybrid car.

But while hybrid cars were tremendous and undoubtedly a HUGE STEP to bring eco-friendly cars to the market, they were still using fuel. This meant they were playing a part in carbon emission. So, scientists decided to come up with another way that can work entirely on electric motors. This led to further research. It was at this time Elon Musk started Tesla motors. The reason? To bring electric cars to the market. They succeeded, and their first car was Tesla roadster – a completely electric car that could run 245 miles on a single charge.

Difference between Hybrid and Electric Cars

Hybrid cars are a combination of electric and gasoline fuel. This means they can be run on regular petrol, i.e. petrol or diesel and electricity. In most cases, hybrid cars run on electricity under 50kmph and on fuel above this.

The first commercial PHV car was the Toyota Hybrid PHV (Plug-in Hybrid). It was introduced in the US market in 2016 and later introduced in the UK and Germany in 2017. The purpose behind the PHV cars is that they are the latest in a series of Hybrid cars and one step closer to being completely electric.

The previous versions of hybrid cars were more economical for in-city rides. For longer travels, their costs increased significantly. Now, with PHV cars – which include a complete electric battery set – users can run their cars on electricity completely without ever resorting to combustion engines. These battery packs are much bigger then mild hybrid cars, and that’s what makes them a fit comparison for EV only cars.

Electric cars, also called EVs, are the latest technology in the automobile industry. These are faster, economical, and, most importantly eco-friendly. These cars are unbeatable in terms of mileage as most EV cars can run as much as 375miles on a single charge. However, they are a little pricier than PHVs and will probably require higher maintenance as well. But the good thing is that EV cars don’t need to be maintained regularly. Their batteries rarely ask for maintenance.

Another thing to remember about EVs is that where hybrid cars can be refueled in minutes, electric cars will take around 30 minutes to an hour to charge. This time can increase to 3hours+ if you want to want to travel long distances.

Electric batteries are huge and mostly placed in the front of the car. They are wired to the driving belt and run with complex software specially designed to make the car much more comfortable for the users.

Where a combustion engine has hundreds of moving parts, an electric battery uses only a single rotor, which makes them completely silent for the passengers. These electric cars have now become commonplace because of companies like Tesla, General Motors, and Toyota.

What Should Be Your Choice?

Now the BIG question! Which of the two should you choose as your vehicle? The differences are phenomenal. One costs less, but its fuel costs more. One costs more but has negligible fuel cost. One is noisier; one is silent. One is eco-friendly, one is not. In the end, it all comes to what is your purpose.

EV cars look great, but they are costly, and they don’t have to charge stations in all cities. This is a major downer for all those who are interested in these cars. While PHVs are great, they are already available in the market, and they cost less. But they require more maintenance and have a higher fuel cost.

We have put both options with their pros and cons in front of you; now, it is for
you to decide.

Author Bio:
Michelle Joe is a blogger by choice. She loves to discover the world around her. She likes to share her discoveries, experiences, and express herself through her blogs. You can find her on Twitter, LinkedIn, Facebook 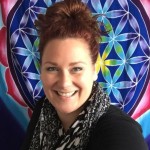 Michelle Joe is a blogger by choice. She loves to discover the world around her. She likes to share her discoveries, experiences, and express herself through her blogs.