Skip to content
Home » Articles » Freelancing Insights: Tips from the Pros to Supercharge your Freelancing Career

Freelancing is quickly becoming a cornerstone of the American economy, making up an estimated 40% of the American workforce by 2020. Freelancing encompasses a wide variety of careers, including photography, web development, copywriting, journalism, and many more. Not only are more people joining the freelance workforce, but more and more freelancers think the best days of the industry are still ahead – a full 83%, up from 77% last year. And with the majority of freelancers reporting increased earning compared to traditional employment, there’s never been a better time to join the freelancing community.

First for the good news: technology is making it even easier to find freelancing opportunities all over the world. Over half of American freelancers have received work from online sources, and that number is expected to increase. Not only does technology simplify connection with potential clients, it also allows for flexibility, one of the hallmarks of the freelancing profession. According to the second “Freelancing in America” survey, nearly one-half of surveyed freelancers report a flexible schedule being their primary reason for switching to freelancing, the most popular reason for shifting away from traditional economy jobs.

Freelancing comes with its own unique set of challenges, however. Don’t forget that you’re responsible for all aspects of your business now, and that includes things like office space, advertising, customer service, accounting, and networking – it can be daunting for newcomers! These skills can make the critical difference in finding enough work to keep you busy: 35% of freelancers in a recent survey reported that finding work was their most difficult challenge, with traditional networking such as word of mouth and personal connections making up the lion’s share of job connections. Unsurprisingly, Millennials are taking advantage of new tech platforms to find work, with 80% saying they use social media to find work.

So you’ve decided you want to ease into freelancing instead of jumping feet first? You’re not alone! More than three-quarters of traditionally employed workers are open to working outside of traditional hours to make some money on the side. Freelancing part-time is a great way to experience the positives of freelancing while maintaining traditional economy benefits such as insurance and a consistent paycheck. Almost of half of part-time freelancers cited a lack of steady income as the reason they haven’t transitioned fully to freelancing. So don’t worry if you want to take it one step at a time as you join the freelancing community, there’s plenty of help available! The rise of the freelance industry has brought with it support and benefits groups, online workplaces & networking communities, and even brick-and-mortar coops to provide budding freelancers with workspace. With online freelancing communities generating combined revenues of over 1 trillion dollars in the United States alone, the freelancing industry has become a cornerstone of the American economy.

Ready to maximize your potential in the freelancing community? Check out this infographic from Invoice2Go for tips, tricks, and advice from successful freelancers. 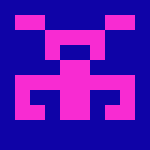 Kate is the Community Outreach Coordinator at Invoice2Go. Founded in 2002 by small business owner Chris Strode, Invoice2Go helps freelancers get paid on time by providing custom invoice template software. Invoice2Go is based out of Sydney, Australia and holds offices in Palo Alto, California.