Man, throughout his affair with jewelry, has created styles that have found its rightful place in history. From ancient times, jewelry styles have fascinated jewelry-enthusiasts and collectors.

Beautiful jewelry was being made 4,000 years ago. Gold and silver, enamel, artificial glass gems, and turquoise, and other gemstones were all used by the Egyptians. They wore rings, earrings, and brooches, just as we do now. They also wore heavy jeweled collars, breastplates, and headdresses. The styles were rich and ornate.

To the ancient Greeks, the beauty of a piece of jewelry was as important as the value of the materials used to make it. Fine threads of gold were shaped to look like butterflies or grasshoppers. The Greeks also liked cameos. Jasper, amber, and coral were among their favorite gemstones.

The most beautifully made jewelry in history was made by the Etruscans, who lived in northern Italy. They designed jewelry in intricate patterns and made it with great skill. Instead of a shiny surface, their gold jewelry had a grainy surface, as if gold powder had been evenly sprinkled on it.

The Romans wore very elaborate jewelry, designed to show off their wealth. Both men and women wore large gemstones. They especially liked emeralds and pearls. Sapphires, amethysts, garnets, opals, and moonstones were also popular. The Romans loaded their fingers, sometimes all their fingers, with rings.

In AD 395, the Roman Empire split into two. The eastern portion, called the Byzantine Empire, became the most powerful state of the whole Mediterranean area. The Byzantine capital, Constantinople, took Rome’s place as the center of art and style. The jewelry styles of Constantinople influenced the whole Western world. Byzantine designs featured symbols and formal patterns. Gold pieces were enameled in bright reds and blues. Ropes of pearls and emeralds were worn by the very few wealthy people. Their clothing was so encrusted with jewels that it was sometimes difficult for them to move.

Jewelry of the Middle Ages

During the Middle Ages, most of the jewelry craftsmen were monks. The monks devoted their energy to making religious decorations for the churches. Most of the precious gems used were part of the loot that Crusaders brought back from their trips to the Holy Land. Many of the pieces of jewelry brought back from the Holy Land had pictures of pagan or mythological gods on them. They were, however, used as religious decorations by the Christians—apparently without much question.

Guilds began sometime after the 9th century. By 1327, goldsmiths were recognized as a working in a major craft and formed their own association in London. This guild of the Worshipful Company of Goldsmiths of London was proud of its reputation. It insisted that its members do work of good quality.

An unusual type of jewelry made during the Middle Ages was the pomander, an openwork metal ball that held perfume. It was a very useful article to have in the cities of those days because city smells were so unpleasant. 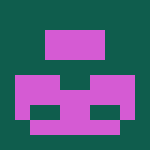 Steve Bob is a free lancer writer and content builder of many sites and currently he is doing online research on rings.

I am a book lover and an adventurer from sunny Australia. I enjoy writing about fashion, beauty, traveling, weddings and related topics. I am passionate about discovering new places, meeting new people and exploring interesting lifestyle topics.