Mobile application testing is considered as one of the important term or the part of software testing, as it is used to verify and validate the overall functioning of the mobile apps. Day by day, we see the drastic growth in mobile app development, as each day, so many mobile apps are developed, which could be for Android or iOS.

Testing any mobile app is a demanding task. This is one process that requires a tester to go through a series of devices for testing the mobile app. The devices available in the market are the best ways to understand and perform the testing process for getting an ultimate app. In the process of mobile app testing, the tester needs to track the performance of the developed app across a number of handheld devices having a variety of operating systems and then they may also vary in their screen sizes. It is highly expected that the app should be safe and deliver the flawless performance throughout. This is the reason that the deployment team implements an app only when it has been certified and completely tested.

Well, before learn more about mobile app testing, you have to decide which tests you want because there is two different kinds of testing:

A company will test your code in order to find all the bugs in your app. Why do this type of testing ? You just want to be sure your app will work perfectly. If you need more information about it you can try Services | StarDust blog. They provide webinars, blog article and other resources.

This is very different, because the company will test how your client will use your app. For example, I work for a startup called Fepection (Page on ferpection.com). Because we believe, no one can be better judge than real people who are possibly your client, that’s why we do this kind of testing with our own community of testers. They give us feedback about your app, if it’s seems slow to them or didn’t understand how the purpose of a part of your app.

Mobile test automation provides various test solutions, which help you to verify and validate the overall functioning of the mobile apps.

If you are testing your app for the first time, the key thing to take into account is what you will be testing your application on. Depending on whether your app is built for Android or iOS there will be a huge range of device/version combinations which will effect the functionality of your application. Try to get you hands on as many devices as possible, or rope friends in to test with you on their different devices.

After that, there are a few types of testing which would be most beneficial. Make sure you have a spread sheet, or tracking system to hand to log all your results. Be sure to always log the device, version and network connection which are relevant when you are testing, there are also other variables to watch out for such as battery life, other apps open in the background, what environment you’re in.

Top notch app testing is crucial. However, it is difficult since device fragmentation is a major issue with thousands of Android devices on the market. Even iOS is not entirely immune from this issue. Between all of the different “iDevices” currently supported, there are over 30 different iOS device models on the market today. Throw in multiple languages for different countries and you can see how the test matrix is daunting to say the least.

Taking a multi-pronged approach to testing helps to make the overall process more manageable, thorough, and successful. Take a look at three key steps to addressing the challenge of delivering high quality in a mobile world, as well as a new Pivotal Cloud Foundry microservice to help streamline the process of distributing test builds.

Get an app test going, then:

Testing early and often is critical for creating high quality apps. This helps catch bugs early in the development process, fixing minor issues before they turn into expensive problems and require tedious debugging later. A great way to achieve this is with Test Driven Development (TDD), one of the key concepts within the framework of agile development methodologies.

TDD is a reversal of the traditional approach to software development in which you write code, then write the automated tests for that code. TDD instead involves initially writing an automated test for a given feature, then coding the feature itself and ensuring that it passes the test.

This methodology has been shown to not only produce higher quality software but increase programmer productivity as well. It ensures that all code is covered by at least one test, which raises the baseline of quality. Beyond that, it encourages developers to focus on actual use cases throughout the development process and can reduce extraneous code. The net result is better quality software, delivered faster.

With the myriad devices on the market today, you’ll want to automate as much as possible. This involves executing test scripts on devices, and it is particularly useful for regression testing and smoke tests (simple tests to ensure the app functions at a very basic level) because these are generally repetitive and time-consuming to do manually.

There are many tools available for automated testing and several of them require the use of rooted or jail broken devices. We recommend avoiding those since rooting phones voids warranties, opens security holes, and even changes the behavior of the device being tested. Don’t waste time testing on devices that are not set up for their legally intended use.

Automated testing saves significant time and money by allowing you to run tests on many devices simultaneously and quickly. Since machines never miss a step, leveraging automation reduces risk of human error throughout the testing process. You can read more about requirements, goals, and solutions for automation testing on mobile in this white paper from Pivotal Labs.

Despite the advantages of automation, it doesn’t address everything. User testing is still required in order to cover the unexpected aspects of human behavior that happen in real life. It is also critical to obtain valuable insights about how people actually use your app.

Once you’ve completed the automated tests, it’s time to put your app in the hands of real people, starting with the QA team and continuing with test user groups. You’ll want to stick to this “order of operations” in order to catch and fix the most basic issues before bringing your app in front of your most valuable testing audience.

Getting a pre-release mobile app in the hands (or pockets, as it were) of users can be a painful process. It often involves emailing a file, dragging/dropping it into a desktop application, and syncing it via cable to the device. This can especially be a nuisance for typical non-tech savvy users who don’t do it every day.

The challenges with user testing process don’t stop there. Keeping tabs on test user groups for different apps and making sure everyone has the correct versions of the correct apps is another burden for mobile development and QA teams. Using a platform to manage the distribution and version management of test builds will streamline this process and reduce frustration. Ultimately, an effective process is necessary to scale your user testing practice for the multiple apps and frequent app updates that define a best-in-class mobile strategy.

It depends on your requirement what kind of tool you are looking for.

Like If you need a detailed feedback, Usertesting is a tool with a unique feature that you can get videos of real people speaking their thoughts as they use your mobile app.

I would like to suggest you to use TestingWhiz, as it has the integration of Appium, which will indirectly help you to have a brief knowledge of these tools. Also this tool is considered as a codeless test automation tool.

If don’t know much about Mobile App testing and wants to Learn basics then there are many resources available on Google but few are mentioned here.

Why Mobile App Testing is Important to Your App’s Success

The blog from Daniel Knott brings out regular updates and news, Testmunk Blog. 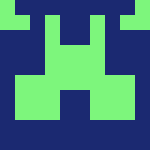 Mr. Deepak Patel is the backbone of iMOBDEV Technologies- A leading Android & iOS Mobile App Development company based in India & USA. From the past 7 years under his leadership, the company has delivered unparalleled and challenging apps to the global clients.