I’ve been performing as a professional magician in Sydney for about 11 years and in that time I’ve seen an enormous number of magic acts. I love to watch magicians as much as I like performing myself. Below is a list of some that I consider to be the best, so that you can appreciate them too.

Lennart Green used to be a savant, but he smoked too much and now is just a normal person. That’s his joke, not mine. On stage, his character is this weird stupid philosopher/intellectual. Lennart is just the most excentric weird person and his magic is extremely deceptive.

He is credited with inventing and popularising a range of techniques such as his angle separation and snap deal. He almost won the magic world championships FISM once but was denied his award because the judges thought he had used an audience plant. He competed again at the next championship, using the same method but he took more care to demonstrate that his assistant was chosen randomly. He won the second time. Do yourself a favour and watch the act his did for TED.

Dani is an inventor or card magic known particularly for his thoughts on psychology in magic tricks. He has a vast knowledge about magic with cards and can improvise tricks. He may seem like a sloppy idiot but don’t be fooled, he’s at least ten steps ahead of you.

Fred Kaps has the most smoothest most graceful sleight of hand of any magician I have seen. He is the only performer to have won the magic world championships (FISM) three times.

Hector won the FISM stage Grande Pris in 2015. He does the cleanest purest magic I have ever seen. His hands and fingers are wide open, his sleeves are rolled up, he is not wearing a really bulky coat. Hector just stands in the middle of an empty stage and makes money appear from nowhere, it’s incredible.

Rocco does magic with anything, ice cream, pretzels, wine, nuts, butterflies chocolate or fish. His act received the most original title at the magic world championships. The vast majority of literature about sleight of hand is devoted to techniques with a small range of objects that are easy to manipulate with the hands like cards, coins or balls but Rocco just uses anything.

A german mathematician and card magician whose techniques are ingenious. His work has become popular because of a series of books he published called Handcrafted Card Magic. Some of his methods I don’t even really understand but I still perform them and I am as amazed as the audience members who watch me do it. For example, he wrote a computer program that allows you to almost deal any poker hand from any deck off cards in any order. He has a unusual but good sense of humor as well.

Teller is the more magically gifted partner of Penn from the famous Las Vegas Double Act, Penn and Teller who now features on the popular TV show Fool Us. All his tricks seem to have many layers of deception and to have Teller’s quite distinct style. He has been performing magic for more than 40 years.

The winner of the FISM 2012 close up magic Grand Prix. His act is a frenzy of sleight of hand, everything he does is pure skill and dexterity. His hands and balls really are quicker than the eye. It is rare that the methods behind magic tricks are equally as impressive as the illusions they create, but Yann’s magic certainly is, you would be shocked if you knew what he was doing. 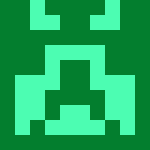 Could not find any realted posts.

I am a book lover and an adventurer from sunny Australia. I enjoy writing about fashion, beauty, traveling, weddings and related topics. I am passionate about discovering new places, meeting new people and exploring interesting lifestyle topics.