Having a beautiful nose is a dream of many. However, not all are blessed with a small, right shaped nose. Thanks to the new age medical era, getting a beautiful nose is now possible with rhinoplasty. Those who want to enhance the appearance of their nose can go for the procedure and get a small and gorgeous nose that they always dreamt of. Rhinoplasty, also known as “nose job” is a surgical procedure done to change the shape of the nose. It involves modifying the bone or cartilage to change the shape of the nose. Rhinoplasty surgery does not disturb the function of the nose while providing a right shaped nose.

Many people get rhinoplasty done to enhance their nose appearance, to correct disfigurement resulting from injuries or trauma or to correct breathing problems.

It is important that your nasal bone is fully grown if you are getting the surgery done for aesthetic reasons. Those who want to get a surgery done because of a breathing problem can get it done at a younger age.

How Should You Prepare for Rhinoplasty?

First, you need to find the best surgeon to get rhinoplasty done. The surgeon will assess whether you should get the surgery done or not. A medical history is taken by the surgeon wherein he/she may ask you about current medical conditions and any medications that you are taking currently. A physical exam is also conducted wherein the surgeon looks closely at the inside and outside skin of your nose to see what kind of changes can be made. Sometimes, you may also be asked to undergo certain blood tests. If everything is considered normal, the surgeon will give thumbs up for the surgery.

Painkillers should be avoided a few weeks after and before the surgery. That’s why it’s best to tell your surgeon about the medications you are taking so that he can tell you whether to have them or not before and after the surgery. Surgeons also advise quitting smoking before and after surgery to quicken the healing process.

What are the Risk Factors of Rhinoplasty

Just like any other cosmetic surgery, rhinoplasty too carries some risks. The risk factors for “nose job” include

What is the Procedure of Rhinoplasty

The surgeon then makes cuts within the nostrils. Sometimes, if the case is more difficult, the surgeon also makes cuts across the base of the nose. Then the surgeon starts reshaping the cartilage and inner bone so that a pleasing nose appearance can be produced.

How much Time does it Take to Recover

After the surgery is done, you will be monitored for a couple of hours. Surgeons usually ask the patients to wear a nasal splint for the first week. Some people experience swelling and bruising around the eyes after surgery, but these after-effects of the surgery go away generally after a few days.

You may be asked to avoid swimming, running, blowing nose, and excessive chewing after the surgery to minimise and prevent the side effects of the nose job.

Everyone wants to have a beautiful nose. If you want to improve the appearance of your nose, get rhinoplasty done today.

Book an Appointment at: https://www.themedspa.us/contact.html 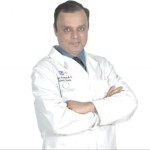 The MedSpa Clinic is a reputed name for providing cosmetic & plastic surgery procedures like rhinoplasty, male breast reduction, abdominoplasty, brazilian butt lift, neck lift, facelift, breast reduction, breast lift, breast augmentation along with liposuction with the guidance of Dr. Ajaya Kashyap, who is a renowned and a certified surgeon.