I was going through the Wall Street Journal a one point last month and happened to stumble across an article that paralleled a big interest and practice of mine: running. Since I spend many hours at my desk preparing content for Direct TV Texas, I have found it necessary to get on my feet several times a week and go running. While it brings me many benefits for my overall health, both mentally and physically, I found it necessary to take it easy after experiencing some injuries.

Going back to the Wall Street Journal article, it covered the perspective a one Bernard Lagat, who has been one of America’s most respected runners as a four-time Olympian. While many might assume that he runs all of the time and at full capacity, it was revealed that he does anything but.

Lagat believes in a very spaced out sort of training; one that does not strain the body too much, and he even goes through a several week period where he doesn’t run at all. He lets his muscles and joints rest so that when the time comes again to run, he will be ready to go.

I will not repeat what the article states for obvious reasons, but I would like to share my agreement with this perspective after going through too many strains myself.

When I started running, I could not get enough of it. Every day, and sometimes even twice a day, I would go out and take on some pretty far distances. When I started feeling pain in my knee, that should have been a sign to take it easy, but I didn’t.

The strange thing is that I didn’t really experience any knee pain when I was actually running. Then my left foot and ankle made it impossible to run, but that was after a half marathon (which I probably should not have run in minimalist shoes).

If you’re a runner and are experiencing any pain, or simply run a lot in general, you may want to take the same consideration that Lagat does. Take a break from running for a while, and make sure that you are still in a good physical place to do it. It’s not even bad to put on some extra weight between running seasons, as long as it is within reason.

While too much fat is obviously not a good thing, it is at the end of the day a powerful energy source. When you have the extra energy to burn, you may notice that your runs are much more powerful. Continue to make a point to eat right, so the weight that you’re putting on is good weight.

I felt inclined to share this, especially after the not-so-pleasant experiences that I have had in the post-running periods. I have read Lagat’s words carefully, and intend to practice his own approach in a similar fashion. I don’t think I’ll be able to pull of the 45 minute “light” eight-mile run, but at least I’ll be in good physical shape where it could be a possibility in the future. 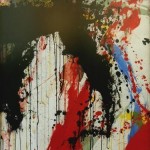 Josephine Girard is an outdoor enthusiast and avid runner/cyclist. He hopes that if you’re a runner, you’ll take some of the thoughts above into consideration