The Smart NaMo Saffron one is a smart Android Smartphone that is named after the Gujarat Chief Minister, Narendra Modi and was launched in August. This is a great Phablet with great features and ultra modern technology and looks that will definitely make it look very modern and very futuristic. The all New SmartNaMo phones Saffron and Saffron Two are out in the market and there is tremendous response from the buyers. Both the mobiles have a little difference. The Saffron one comes in two storage variants one is 16GB and the other is 32 GB. Both of the mobiles come with different price list, which means that buyers will have to choose according to their requirement.

Know more about the mobile

Regarding the looks let us say that it is a good looking phone – which is slim and smooth. The edges are rounded and shaped well.  A large screen makes it more attractive and is great to hold as well. As it is available in white color, some people will definitely be disappointed. It’s a candy bar phone that weighs only 126 grams. Not everybody like the color white as there are many who love the bold colors. May be there is also a black version. The silver streak that runs at the edges also adds charm to the mobile. At the front is also the 5 MP front facing camera and below are the navigation keys. The touchscreen is capacitive and is very responsive to touch. Yes, it is easy to carry to carry around although it is a phablet.

It does looks like the Samsung Galaxy S3, but the similarities stop there.

The Smart NaMo Saffron One runs on Android v 4.2.1 Jelly Bean and is powered with Quad core 1500 MHz Cortex A7 and comes with Chipset MediaTek MT6589T. Nothing great about these features, but yet, you can always appreciate the performance with these powers. Yes, Android makes a lot of difference and those who love android are going to check out the phone. The inbuilt Ram is 1 GB. Most of the Smartphone these days come with advanced processors and have great features at this price range.

Yes, there is more to be achieved with the Saffron one. As we know that the processor is less, we have to think and consider these while you check out the performance. The interface is slick to use. Yes, you do experience a little lag when you play the high end games and the apps. Besides, there are great many features and apps like the ‘Go’ set of apps. The Toucher Pro Widget is one of the distinct features in the mobile. If you are a BJP fan then you will love this because, as you on the mobile, you will get a circular button that resembles the logo of BJP. The logo helps you to access to brightness of screen, Wi-Fi, and other functions.

The camera as mentioned above is 5 mega pixels and gives decent pictures. Even the in average light the camera is able to click good pictures. Besides, there are other features in the camera that will help to get a good click. Moments can be saved in the 16 GB storage, which can also be expanded up to 64 GB. This is great as you get this facility only in the high end international phones. The phone comes with 2 SIM cards, which can be very convenient for people in business.

To conclude, I would say that the company is heavily banking of the popularity of Mr. Narendra Modi to boost the sales. It is a decent phone and can be purchased for Rs. 18,000 approximately. 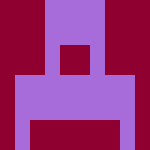 Raadha Sharma is the author of this content and has written many informative contents on Smart Namo Mobiles and many other latest and upcoming brands.