Stevia is outpacing sugar and other sugar alternatives in every aspect, and its carving out a very healthy and lucrative piece of this rapidly growing sector. Stevia is expected to capture and hold up to a 20 percent market share in the table top sweetener market, and that doesn’t account for Stevia in soft drinks, yoghurts, and a myriad of other products that require sweetening. Stevia is being marketed across the entire supply chain as an additive in numerous end-use and ingredient products, even including animal feeds and fertilizers.

Stevia products leapt into prominence across 35 countries worldwide in 2010.Sales numbers are rapidly increasing as markets open up and global demand continues to be matched by increased production, some of which is now occurring right here in the USA. Early adopters in places like California’s Central Valley are carving out a solid niche that can readily expand from a regional to national base given the ready access to major distribution networks already pioneered by the established growers in this prolific agricultural locale.

Rapid acceptance of Stevia is based on a number of factors, not the least of which are its positive health benefits, including little or no impact on tooth decay, hypoglycemia, and weight gain. Other sugar alternatives are thought by many to be carcinogens (cancer causers), or may still have high caloric content that can spike blood sugar levels. Stevia doesn’t raise your blood sugar, so it’s a truly a safe sweetener for diabetics, and the calorie count is virtually zero. According to the Centre for Disease Control and Prevention (CDC), obesity costs in America run to the billions of dollars every year. The CDC also stated that the average American is 23 pounds overweight. By switching to Stevia these numbers can be greatly reduced without affecting the sweets you enjoy daily. With Stevia striding towards projected market share of the table top sweetener sector alone, these hefty health costs can be anticipated to level out and eventually decrease.

Choosing Stevia as your family’s sweetener is a highly effective choice. Stevia is also a product that can make a difference to the nation’s economy and to the many farmers opting to grow this revolutionary product. Stevia is anticipated to have huge market and revenue growth in the coming years, as well as potentially saving the American public billions of dollars in sugar-related illness costs. Stevia First has already taken steps to capitalize on this market and is working to become the leading supplier of great tasting Stevia products, both overseas and in North America. There is simply no healthier choice than Stevia for you, your friends, family, and neighbours as especially for our nation’s economy! 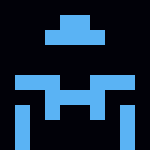 S Hall is a wellness enthusiast who believes in natural remedies rather than quick fixes for health. As a well versed writer she covers topics related to health and lifestyle. Recently an article about Stevia First caught her attention.