The rise of Nokia over the last few years has been a remarkable journey. A lot of discussion about Nokia’s downwards spiral after the arrival of Android OS has made its news. That is true since Nokia was indeed losing a lot of business and market share to emerging smartphone brands pre-installed with Android OS. What many didn’t expect was the very surprising rise of Nokia with their Lumia series. The chance for survival was rekindled because of Microsoft’s timely assistance provided to Nokia. The gain was reflected advantageously on both sides since Microsoft now has a platform to launch their smartphone and computer tablet based Windows 8 OS. It is very hard to imagine Microsoft missing out the fun in this industry especially with the increase of growth rate for these devices, which may change the course of our future with technologies.

The combination of Lumia series with Windows 8 OS gave a vibrant and fresh feel as opposed to the mainstream Android devices. Microsoft’s makeover for their OS didn’t go too well with the PCs and Notebooks but it definitely was something new and very appealing and that is some praise for Windows, as we know how the predecessors looked like. Lumia with Windows 8 OS is the perfect blend overlooking the usual bugs that seem to be a part of any Microsoft release. We have here five successful smartphones in Lumia series that gratify the need of all kind of budget options.

The first of the series as well as the least expensive one. Lumia 520 is one the best budget smartphones available in the market. What makes it the best is the price and features that we get at that price. This one comes with a 4-inches WVGA IPS display screen of 800*480p resolution at 235ppi. It has a dual-core Qualcomm’s Snapdragon S4 CPU running at 1GHz and 512MB RAM. The internal storage is 8GB and support of up to 64GB for external storage as well as 7GB free cloud storage. The rear-camera is 5MP with auto-focus, LED flash and digital zoom and can record 720p videos. The front-camera is VGA with 480p recording resolution. Connectivity offers USB, Bluetooth, Wi-Fi, and 2G/3G. A 1430mAh removable battery gives talk-time of 15 hours and stand-by of 360 hours.

After the Lumia 520 comes this device that is geared for those who want a low-range to mid-range smartphone that is colourful, fresh and vibrant. Lumia 620 comes with a 3.8-inches WVGA LCD display screen of 800*480p resolution. Even this one comes with the same processor by Qualcomm running at 1GHz with 512MB RAM. Once again, the internal storage is same with 8GB and 64GB support for external storage with free cloud storage space of 7GB. The rear-camera is 5MP and can record 720p videos. The front-camerais a simple VGA that can record 480p videos. The connectivity options are the same that we usually get like Bluetooth, USB, Wi-Fi,and 2G/3G but with also NFC. The battery is a Li-Ion 1300mAh that gives talk-time of 14.6 hours and stand-by of 330 hours.

Then we have here this device that is geared for those who want a mid-range smartphone that meets up the expectations and more. Lumia 720 comes with a 4.3-inches WVGA IPS display screen of 800*480p resolution at 217ppi. Even this one comes with the same processor by Qualcomm running at 1GHz with 512MB RAM. The internal storage is the same yet again with 8GB and 64GB support for external storage (free cloud storage space of 7GB). The rear-camera us 6.7MP with Carl Zeiss lens and can record 720p videos. The front-camera is 1.3MP that can also record 720p videos. The connectivity options are Bluetooth, USB, Wi-Fi, NFC, 2G and 3G. The irremovable battery is a Li-Ion 2000mAh that gives talk-time of 23 hours and stand-by of 520 hours.

Though Lumia 920 isn’t comparable with the recent high-end smartphones; it is one of the good-looking smartphone that is remarkable in its own way albeit a bit pricier. There is a room for improvement for a lot of things but it can manage on its own against the rival companies. Lumia 920 comes with a 4.5-inches WXGA IPS display screen with PureMotion HD+ feature and is of 1280*768p resolution at 332ppi. The processor once again remains the same but running at a higher speed of 1.5GHz and 1GB RAM. There is one option this time with support of 32GB for internal storage and 7GB free cloud storage. The camera has improved on this device with 8.7MP PureView rear-camera that has Carl Zeiss lens and can record 1080p videos as well as a front-camera that records 720p videos. We can connect via USB, Bluetooth, NFC, Wi-Fi and 2G/3G. It comes with a 2000mAh irremovable battery that gives 18 hours of talk-time and 460 hours of stand-by.

Nokia Lumia 925 is the latest release and addition to the Lumia series, which in my opinion does not make senseanymore. There is but a slight difference between Lumia 920 and 925. I have no idea why the CPUs are dual-core with absolutely no change in the type and speed with same 1GB RAM as the previous one. This device comes with a 4.5-inches WXGA AMOLED display screen of 1280*768p resolution at 334ppi. Even this screen has the PureMotion HD+ feature besides so many others that can be found in Lumia 920. The internal storage, it seems, has not changed and neither did the camera features. We get the usual connectivity options like USB, Bluetooth, Wi-Fi and NFC so there is hardly any change there as well. The battery is also the same with exact capacity but gives considerably the similar kind of talk-time and stand-by as Lumia 920. 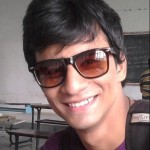