The Yocan Evolve Plus wax pen vaporizer is one of today’s most notable pen-style vaporizer units, it’s remarkable to see a product from China build such reputation in an industry dominated by brands that are mostly based in the United States and its neighboring European countries.

Yocan is a company based in Shenzhen, China, and is one of the leading manufacturer and exporter of wax pen vaporizers as well as portable vaporizers that are designed for dry herb and oil concentrate consumption. Yocan as a brand is focused on providing cannabis consumers and even cigarette smokers with a healthy alternative to an otherwise consuming habit. Their vaporizers are oftentimes referred to as entry-level units though they could pass as devices used even by the advanced and seasoned veterans.

Yocan’s secret to their industrial success is their keen attention to detail. The manufacturing process is done with precision and strict quality control is observed all throughout, from raw material selection to the final inspection of products that are to be released and shipped. Yocan strictly implements ISO 9001 quality management standards as well as “IQC, IPQC, LQC, and FQA in mind.” Yocan products are certified and have passed “CE, RoHS and FCC” standard requirements. This only shows the quality of their products and their utmost dedication in their craft. They would like to break the common misconception among products that are “made in China,” products that are commonly thought of as subpar and below average. Yocan has been successful in their endeavor and I can clearly see why. Products like the Yocan Evolve Plus make it possible for the regular working man to enjoy a unique and distinct vaping experience without the hefty price tag. An affordable unit that can compete and perform like other wax pen vaporizers twice its price — at least that’s what the ads say. In this review we’ll go beyond the paper says about the Evolve Plus and give an honest critique of what could probably be the most practical vaporizer of the century.

The Yocan Evolve Plus — The Rundown

The Yocan Evolve Plus Vaporizer, in general, is a vaporizer that’s somewhere in the above average category. It’s not to fancy and isn’t exactly packed with chock full of features but it’s got the necessities. The basic and most indispensable features a wax pen vaporizer needs.

Let’s start by checking what’s on the box.

Honestly, the packaging is simple and adequate, the contents are not too elaborate or ornate, it’s straightforward and it tells you what’s inside the box without having to open extra layers and other hidden compartments. Upon opening the box, I find an assembled Yocan Evolve Plus wax pen vaporizer along with the inclusive accessories. The first word that came to my mind after seeing the unit was “clean.” Honestly, it isn’t bad. Probably not the most extravagant looking wax pen vaporizer, but its clean look reminds me that it’s got the most rudimentary features and that it’ll do the job and it promises to do the job well.

Without having to look at any manual or guide, the Yocan Evolve Plus immediately signals you how to turn it on. It could be that I’ve handled similar vaporizers and I am coming into this review knowing what the Evolve Plus is but seeing just one button instinctively tells me to tap it consecutively to power it on. Once powered on, a light on the battery will flash briefly to tell you that it’s working. The Evolve Plus only has one temperature setting — the only drawback I see in the unit — giving a normal output of 3.7 volts of power from a 1100mAh capacity internal power source. I found that using the vape pen battery until it runs out of charge yields anywhere around 3.5 to 3.4 when running low on power. It’s still pretty decent given the fact that it’s powering up an atomizer with two coils. So far I’m not disappointed in what I see, nor am I utterly impressed.

The Evolve Plus Encounter

I start by securing a fully charged battery, priming my coils before loading the material, and begin by loading half a gram of wax concentrate onto the chamber using the inclusive dab tool. I find that there’s adequate room for more material and I believe that the Yocan Evolve Plus wax pen vaporizer can hold at least up to a gram of wax concentrate. I’d imagine that would take me several hits to finish.

I continue to use the Evolve Plus pen by holding down the fire button and inhaling from the mouthpiece. Two hits to finish half a gram of dabs is fair enough, it’s obvious that the dual quartz coils are doing the job of efficiently vaporizing the wax concentrates. I remove the cover to find that the dab I placed inside the chamber is fully consumed though I feel like a couple of sessions more I’d see material buildup since wax is notorious for building upon atomizer coils.

The vapors are clean and fresh, it could be that its because I’m using a brand new device or maybe it’s the quartz in the atomizer working behind the scene. Overall, for the price I paid, the Evolve Plus from Yocan does a good job of vaporizing wax concentrates though only time can tell how long will I experience the same quality from the Evolve Plus.

In general, here are some of the significant features I found on the Evolve Plus.

A Week Into Using The Evolve Plus

So far, the Evolve Plus has performed almost perfectly with some minor drawbacks. For one, I find that should you leave any material on the vaporizer atomizer, the liquefied material will most likely leak to your battery — and it’s not something you’d want to happen to yourself.

Another is that when reloading the Evolve Plus I sometimes find that the threaded connections can become sticky and will be almost hard and impossible to manage. This issue has been addressed in the Evolve’s latest iteration — the Evolve Plus XL. 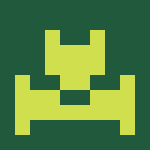