There are various operating systems powering our devices today. Now, It has become difficult to figure out where to invest money to get their brand in the hands of mobile users. Often, one question that comes to mind is “Which platform to choose, while developing an app?” There are many reasons to choose one over the other, but if you are looking at taking your brand to mobile, then there are 6 reasons why developing on Android first is better than developing on any other platform:

According to the International data corporation (IDC), in the first three months of 2015, Android has dominated the number of smartphones with 78% of the market. Expected number of Android devices as per statista.com, at December 2014 lies north of 1.6 billion. This is a very large potential market of users when comparing with an estimated 46 million Windows, 45 million Blackberry and 395 million iOS devices.

It was generally assumed that the iPhone is used by affluent and rich users. Therefore, iPhone users spend extra money on apps than Android users. But, now it has been found that Android apps are more profitable both for in-app purchases and initial app purchases. The average revenue per user for android games, according to DAU-UP was smaller that is 20% of that of iOS games in  Jan 2014. By Dec 2014, there was a significant increase to 65%. In addition, Android devices have lower advertising costs, which means that apps can advertise to more users for the same amount as of the other devices.

Apps for iOS must be developed in Xcode, which is only available on Mac. However, an android app development can be done on MAC, Windows and Linux. Also, a yearly fee of $99 is required to register as a developer on the Apple app, whereas for registering on the google play store you are required to make a one time payment of $25.

Apps deployed to the Apple app store is available for download by users in a few weeks, compared to google play store which takes only a few hours. The play store releases apps as an alpha, so you are not required to put your id password times and again to get the app. An app on the google app store can be literally updated many times a day, whereas on the Apple app store, your app would have to pass the lengthy process when submitting an update.

Android Studio is an IDE designed and developed mainly for Android app development. It is based on the excellent IntelliJ IDE. It is efficient and fast, as within seconds you can set up a new Android app for different types of Android apps. Some of the key features provided by the Android studio are lint tools used to catch performance, version compatibility, and other issues, build variants and multiple apk file generation, app integration with Google Cloud Platform and more.

If you are designing a game or an app for the general public, it makes sense to target the platform that would give you the best access to potential users. From the above stated points it is clear that investing in building an Android app first could maximize the chances of success, rather than developing for Windows, iOS, and Blackberry. 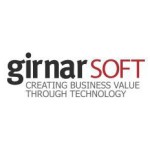